How to cope with contradictory goals of buying cheap and building trust?

Current purchasing professionals face contradictory goals. While the ordinary administrative and transaction management goals of purchasing highlighting price, quality, and effectiveness remain valid, purchasers face additional goals of relationship management to build long-term close relationships with suppliers. Purchasers’ boundary-spanning roles are thus multifaceted in that they are responsible for establishing and maintaining supplier relationships, while they also need to respond to the needs of multiple parties within their organization.

Customer – supplier relationships are not faceless organization-level entities but inherently interpersonal arenas of interaction, making the role and action of individual purchasers and other supply management professionals important for network management. Networks and inter-organizational relationships differ from organizations in two ways. First, they do not have an owner and second, they cannot be managed on the basis of hierarchical position held by managers. In other words, purchasers do not have any formal authority over suppliers in the network. That is why they must use other means to influence network members.

Purchasers can use three different tactics when trying to influence suppliers.  They can take an authoritarian position which manifests itself in their communication as in utterances highlighting for example own firms position as a customer or own firms better knowhow on how things should be done. They can also take the role of buyer highlighting the threat of competition and in that way refer to competition or market situation in order to strengthen the influence of own message. Suppliers, for example, blame customers for using the ‘China card’ in negotiations or other interaction episodes, by which they refer to the customers’ urge to highlight the ‘another alternative’ from a low cost country. Business partners can also be influenced by using the relational tone in interaction. Relational interaction is based on trust, commitment and unity between the parties and the win/win principle is often highlighted as the basis for partnerships. The above authoritarian, competitive and relational tactics available for purchasers reflect general organizational ideologies of relationship governance.

To influence suppliers, purchasers can thus use rhetorical means when communicating with them. Rhetoric concerns the persuasion-oriented part of discourse and it is to bring about attitudinal or behavioral change. Referring to Aristotelian rhetoric, broadly defined as the art of persuasion, a task oriented goal in a conversation between a buyer and a seller can be boosted by emotional or other utterances in the discussion. A purchaser’s persuasion tactics rely on psychological inﬂuence to convince or compel a partner firm’s representative to assent to her position and act accordingly. For its persuasion-oriented part, boundary spanning behavior can be colored by the above mentioned organizational ideologies. Consider the following three examples of communication where a purchaser discusses supplier’s quality problems.

The task oriented issue in each of the examples deals with supplier’s quality problems, but the rhetoric by which the message is expressed varies. In the first example (a), the speaker uses competitive tone, in the second example (b) hierarchic tone and in the last one (c) relational tone. Boundary spanning behavior thus refers to a particular type of rhetoric, which indicates how an issue is communicated.

What is then, the best possible style for a purchaser from the customer firm’s perspective? As said, supply chain management is a special managerial task in that managerial power is not at the purchasing agents’ disposal owing to a lack of direct authoritarian power. For that reason, other means to influence supply chain members become important to coordinate, develop, and manage relationships. From that point of view, a neutral purchaser orientation is probably not a style firms expect their purchasers to adopt. A relational purchaser orientation sounds good from the point of view of social acceptability. It is also currently connected to professional supply chain management as a boundary-spanning activity to build trust and long-term relationships. However, knowing the realm of practice with changing and critical situations requiring resolute managerial actions, a purely relational approach might be somewhat idealistic. The authoritarian / competitive orientation of purchasers as opposed to relational style, is something that do not fit very well to the era of networked business even if it may produce short-term wins. So, what is left is the comprehensive style with purchaser-specific sensitivity to varying situations and the capability to use a rich arsenal of persuasive tactics. This orientation and purchaser competence may offer a firm the best possible alternative to cope with partly contradictory supply chain management goals.

Are your purchasers still spending 50 % of their time for non-value added work in 2020? 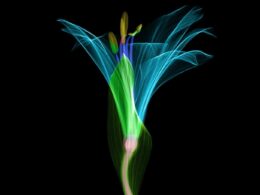 The user is king, right?

Getting lost at the airport. Struggling with trying to get the email synchronized in your mobile phone. Getting…
byTimo Rossi