At the beginning of the 20th century, the Wright brothers made one of the most important inventions in human history. One of the brothers sat in a cage and turned into a bird. First human flight was true. It transformed the world during the next decades. In 1900, it took four days to travel from the west coast to the east coast in the US, by train. Fifty years later, the journey took only six hours, by air. The world had changed permanently.

In the 1990s, the world changed tremendously again. People swarmed into the internet. Internet connected personal computers and people behind the PC screens. Use of E-mail became widespread, and people began to search for information via search engines. In the 2000s, the roles of computers and mobile phones mixed up. It became possible to execute the same things with a mobile phone that before could only be done with the computer. Smartphones came to stay.

In the 2010s, the information moved into the cloud. Working became mobile, which allowed people to work whenever and wherever they wanted. When information moved into the cloud, the world became smaller than ever before. The cloud revolution brought the advantage that only big corporations had before for any small enterprise to benefit. The innovation advance of corporations was inevitably eaten up.

Millions of individuals and small teams around the world have started to operate as modern era entrepreneurs by marketing, selling and serving customers globally. In the past, this was nearly impossible. Today, companies no longer need own hardware, because the capacity can be purchased according to the demand. Entrepreneurs can start new businesses smoothly, grow and scale the capacity as needed, and operate a global business model without the dependence of own location.

Nowadays, we’re living in a networked business ecosystem. The capital alone will no longer form a competitive advantage. Today, competitive advantage is formed on a supreme value creation model. Small companies are often more agile than the big ones in establishing new customer value in this kind of business environment. Probably that is one of the reasons, why corporations have started to increase collaboration and activities together with smaller companies which are concentrating on selected customer segment and particular challenge.

The use of cloud services will expand rapidly in the near future. It will be extremely hard and challenging to succeed with a traditional business models. Instead, numerous opportunities exist to succeed with new innovative business models in the future. The cloud revolution has made this possible. It is highly inspiring, like the cloud revolution of the Wright brothers’ was in the early 1900s.

The blog post was originally published in the Jakamo Official Blog on 26 October 2016.

The new wave business development highlights the importance of Internet of Things (IoT) and the connectivity of machines,…
byJukka Vesalainen 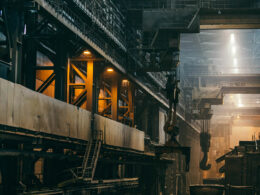 Workflow automation for manufacturing companies and their suppliers

I came across an interesting article from Tristan Pollock, Head of Community at CTO.ai, about workflow automation in…
bySimo Karkkulainen 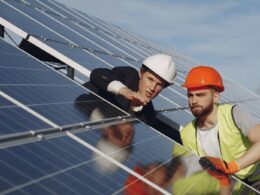 The Nature and Theoretical Roots of Supplier Experience

According to an ingrained saying, profit is made through effective purchasing. Traditionally this has meant tough buying practices…
byJukka Vesalainen

The superhighway of information